The world’s oldest sacred texts, The Holy Vedas, were written around 1500-1200 BCE. But what does the word ‘Veda’ mean ? Let’s get into the details:

The word Veda (Samskrit : वेदः) means “to know” implying that the subject of the Vedas is Knowledge. Here, knowledge does not imply facts about the external world like how it’s approached in physics or chemistry. It means the knowledge of the eternal, sacred, adhyatmik wisdom, about the nature of man himself.

Vedas are Shruti scriptures. Shruti scriptures are ‘Apaurusheya’ which means not authored by any Purusha or human mind. They were revealed to the Rishis (Seers/Sages) or men of wisdom, during the depths of their meditation. 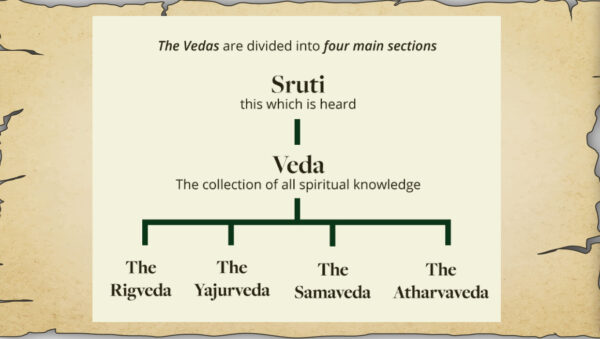 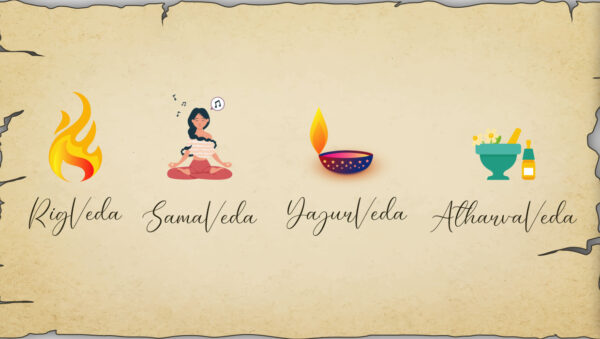 ‘RigVeda’ comprises of two Sanskrit words Rig and Veda which translate to ‘praise’ or ‘shine’ and ‘knowledge’ respectively. It is the principal one amongst the 4 Vedas and is widely considered to be the oldest compilation of human wisdom. The “Rig Veda” is said to be the Veda of mantra. Mantra is the foundation of Vedic yoga, the oldest form of yoga.

The words of Rig Veda, put to music, are meant to be sung rather than just read or recited. The process for the same has been described in the Sama Veda, the Veda of Melodies and Chants. Widely referred to as the ‘Book of Songs’, it is derived from two words of Sanskrit origin, Saman, meaning Song, and Veda, meaning Knowledge. It is the Sama Veda that has served as the principal guiding pedagogy for all classical music and dance traditions in the Indian subcontinent.

The Yajurveda is a book of rituals. It was the main Vedic script that was used by priests in ancient India. It is a guidebook for the Adhvaryu priest to conduct rituals.

The fourth and final of the revered texts of the Hindu dharma, is the Atharva Veda. It is also known as the “knowledge storehouse of Atharvāṇas”. Atharvāṇas were formulas and spells developed during the Vedic period, that was intended for healing illnesses, prolonging life, and removing maladies and anxieties.

Each Veda has four parts based on the nature of knowledge contained in it namely the Samhita, Brahmana, Aranyaka, and Upanishad. 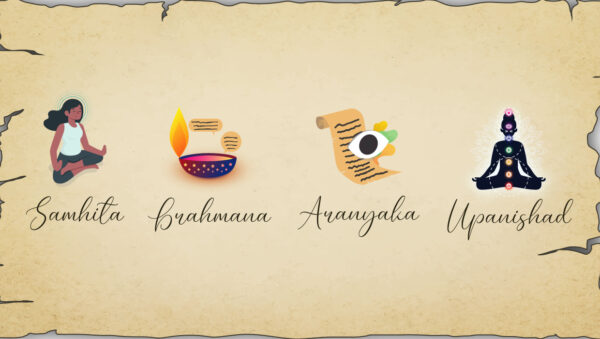 The Samhitas form the first part of each of the Vedas. A Samhita is a collection of mantras and hence are commonly referred to as the ‘mantras’. Most of the mantras or hymns were concerned with the forces and elements of nature. The ancient man worshipped deities that were symbolic of these natural forces and elements.

With the passage of time, the newer generations found the mantras of the Samhitas difficult to understand. An elaborate explanation of the mantras became necessary which resulted in the creation of the Brahmanas. The Brahmanas are generally explanatory in nature and contain guides on performing Vedic Karmas or sacrificial rituals; and the use of mantras rituals.

These are called forest books because it is believed that sages wrote their revelations when meditating and spending time in forests. Sacrificial rituals are interpreted by Aranyakas in a symbolic and philosophical way.

The words ‘upa’ + ‘ni’ suggests ‘sitting (before someone) with determination’. The word ‘Upanishad’ can be understood as: To sit near (close to) a guru with an objective to acquire knowledge. Upanishads consist of conversations between teachers and students about the nature of man and existence. A common subject discussed in the Upanishads is the connection between the Individual soul or Atman and the universal or collective soul referred to as the Brahman. 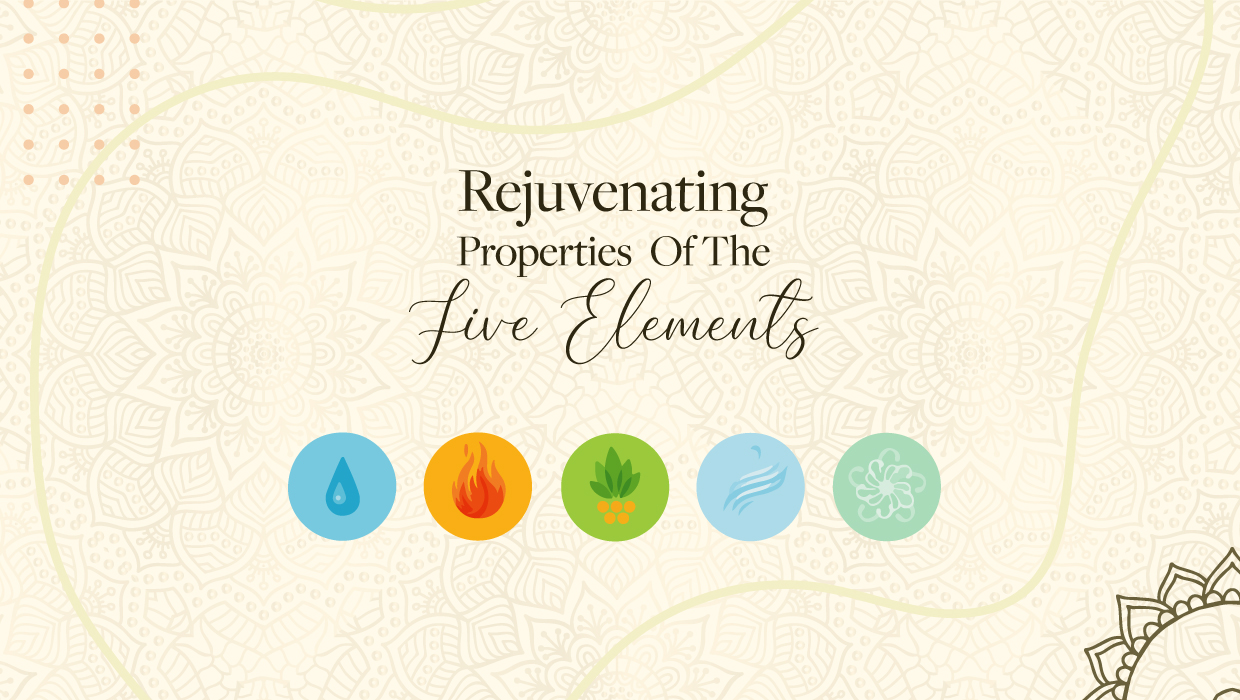 5 Elements of Nature and their rejuvenating properties